There has never been a better time to build upon our past to help secure our future.

The narrative of St. John Fisher University chronicles steady growth and broadening impact since our beginning, nearly 75 years ago. While respectful of our history and traditions, Fisher has always kept its focus keenly on the future, anticipating and responding to the changes in society that bring new opportunities to our students. Our success is dependent upon the generosity of our alumni, friends, and community – essential partners of St. John Fisher University. Students, programs, and the Fisher campus will be empowered by this generosity to support and drive innovation, programming, and the future, expanding the impact of this work broadly throughout the community and beyond. 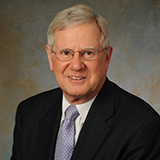 Long-time Board member and loyal Fisher alumnus, Vic Salerno ’66, is serving as the chair of Fisher Forward. Mr. Salerno has served as chief executive officer of O’Connell Electric Company since 2006, and has been with the company since 1971. In 2011, Mr. Salerno gave $2 million to Fisher - the largest gift ever received from an alumnus - for a new building to house the School of Business.  In 2013, the Victor E. Salerno Center for American Enterprise opened its doors. 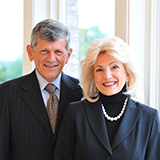 Wayne and Beverly LeChase are loyal and longtime donors of St. John Fisher University. Wayne served on the Board of Trustees from 1991-2015 and today is a member of the Trustee Emeriti Society.

President Rooney took office in 2015 after having served as the University's executive vice president for enrollment, advancement, and planning. Dr. Rooney has been a member of the Fisher family for over two decades and is the proud parent of two Fisher alumni. 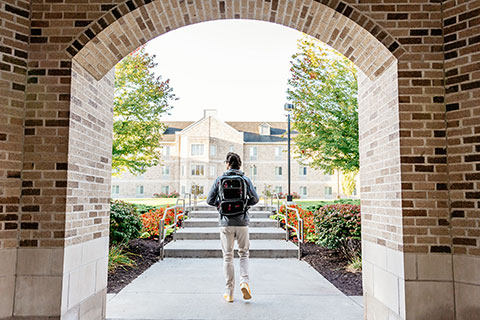 Nearly one year ahead of schedule, St. John Fisher University surpassed its Fisher Forward campaign goal, raising $85.5 million to date in support of the institution. 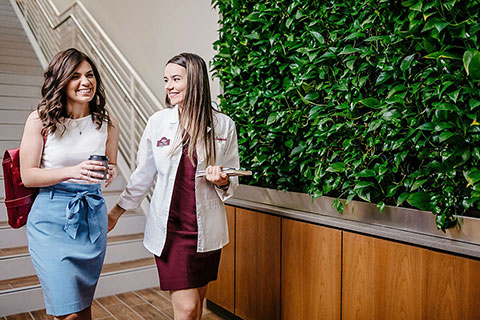 A $1 million gift to the Wegmans School of Pharmacy will create transformational opportunities for the next generation of students by providing substantial tuition assistance over the course of their academic careers. 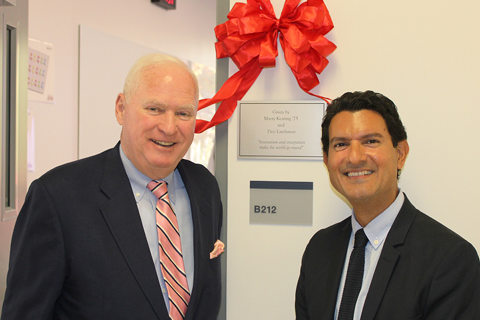 Classroom Named in Honor of Alumnus 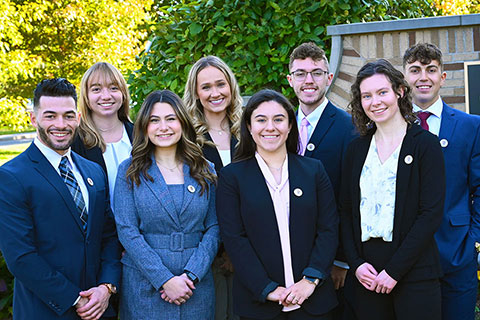 Whirlwind of Opportunities Ahead for Executive Interns

The new school year brings eight undergraduates into the Executive Internship Program. In their roles, students gain a deeper understanding of higher education leadership while also experiencing it.

On Friday, Oct. 7, St. John Fisher University honored David Ocorr, a longtime champion and advocate for the baseball program, by renaming the coach’s office in his honor.

On the eve of Alumni Weekend, members of the campus community gathered to officially dedicate the Dennis ’72 and Denise Tepas Commons and the Terrace at Tepas Commons in honor of the Fisher family whose significant philanthropy made the transformation of the student community space possible.